The Demand of Early Education is

at an All-Time High 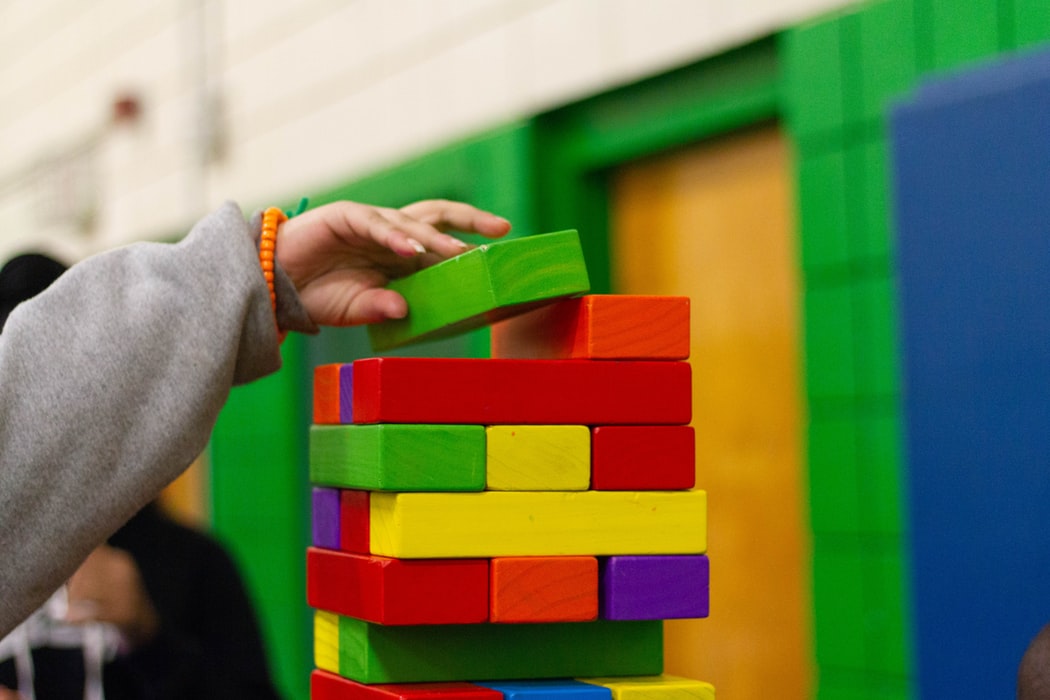 Through recent studies, it has become clear that the expectation placed on our educational system and children has dramatically increased. This increased focus on academics has led The New York Times to turn to early education and child development researchers to find out the cause. Through studies, they have discovered that it is less about the academic content and more about the approach.

“Research suggests that preschool-age kids also learn more new words when their learning is play-based and self-directed rather than teacher-taught.”

Read Melinda Wenner Moyer’s full article to understand the concerns associated with the approach, stress and rigidity around early education and how child-led learning can solve it:

On a recent trip to the eye doctor, my 4-year-old stumbled over some letters on her vision test. She didn’t falter because she couldn’t see the letters; it was because she couldn’t name them. I didn’t think it was a big deal, but my optometrist was concerned. She really needed to know her letters by the time she entered kindergarten in the fall, he said. Otherwise she would inevitably struggle in school.

It didn’t used to be this way. In a 2016 study, researchers from the University of Virginia analyzed kindergarten classrooms and teacher expectations in public schools in the United States from 1998 and compared them to those in 2010. While only 29 percent of the 2,500 teachers surveyed in 1998 thought parents needed to ensure their kids knew the alphabet before kindergarten, 62 percent of the 2,700 surveyed in 2010 thought so.

The school routines of kindergarteners have changed too: Over the 12 years covered in the study, kindergarteners began spending less time on music, art, dance and theater, and more time doing worksheets. Time doing child-led activities — such as reading, playing with Legos, or doing arts and crafts — dropped, while teacher-directed instruction rose. The findings paint a clear picture: Kindergarten involves a lot more academic instruction than it used to, and teacher expectations have grown.

Older elementary grades seem to be following the same trend. In 2006, about 79 percent of elementary school districts in the United States provided regularly scheduled recess, whereas in 2016, about 65 percent did, according to a Centers for Disease Control and Prevention study. Also, surveys of more than 400 elementary school teachers compiled by the University of Phoenix showed that in 2013, only 2 percent of those teachers assigned more than 10 hours of homework per week to kindergarten through fifth graders, while 8 percent did in 2015.

Why are these changes happening, and are they ultimately good or bad? I reached out to a handful of early education and child development researchers to find out.

How we got here

To understand why early childhood education has changed so much, I had to go back to a 1983 report called “A Nation at Risk.” Written by President Ronald Reagan’s National Commission on Excellence in Education, the report argued that “the educational foundations of our society are presently being eroded by a rising tide of mediocrity that threatens our very future as a nation and a people.” It demanded that more resources be allocated to public education and that states adopt more rigorous educational standards.

Then, in 2002, President George W. Bush signed the No Child Left Behind Act, which held public schools more accountable for their performance and began requiring more standardized testing for elementary school and middle school students as a way to measure their success. Schools that did not meet test targets could lose funding or even get shut down, so school administrators began to prioritize test scores over almost everything else. The best way to boost test scores, they thought, was to change the way students were taught — to have teachers use more direct, rote instruction to drill students on topics covered in tests. To make room for test prep, they reduced time spent on child-led, curiosity-driven lessons.

“It made the whole atmosphere of education become over-focused on learning certain facts and skills at certain ages,” said Nancy Carlsson-Paige, Ed. D., a professor emerita and teacher educator at Lesley University in Cambridge, Mass. Continuing this trend, in 2009, President Barack Obama signed the American Recovery and Reinvestment Act into law, which allocated money to create the Race to the Top Fund, a competitive grant program for states that encouraged and rewarded them for, among other things, high student test scores.

An increased focus on academics in and of itself isn’t a problem, according to Daphna Bassok, Ph.D., a University of Virginia psychologist and a co-author of the 2016 study analyzing how kindergarten has changed. Kids are often deeply interested in math, history, literacy and science “because those topics are about engaging with the world around them, figuring out new things, and making exciting discoveries,” Dr. Bassok explained.

“When children learn academic content in a way that’s fun and playful and engaging, and meets them where they are, it can be very empowering.”

The problem, she said, arises when these lessons are given in a way that is not developmentally appropriate — when young kids are required to sit still for long periods of time, for instance, or do piles of worksheets. “It’s not so much about the academic content itself but about the approach, and stress, and rigidity that sometimes comes with it,” she said, which can lead young kids to feel frustrated or disengaged.

Making matters worse, direct, teacher-led instruction may ultimately teach kids less. “If you say what you want is for kids to do better on tests, then you have to ask: What gets you better scores on the tests?” said Kathy Hirsh-Pasek, Ph.D., a psychologist at Temple University who studies how children learn. “It turns out the answer is not just teaching to the test,” she said, because when teachers rely on rote instruction, kids are less likely to retain the information.

In a study of 70 4- and 5-year-olds that Dr. Hirsh-Pasek co-published in 2013, she and her colleagues found that kids learned more about the features of geometric shapes when they played with the shapes compared with when teachers lectured to them. The kids who played with the shapes were also more likely to remember the details a week later. And research suggests that preschool-age kids also learn more new words when their learning is play-based and self-directed rather than teacher-taught.

When it comes to the benefits of elementary school homework, findings aren’t promising either. In the most thorough review of the research on the issue to date, published in 2006, researchers at Duke University concluded that the amount of homework done by kindergarten through sixth-grade students had no bearing on their grades or their standardized test scores.

The increased focus on academic instruction also doesn’t seem to be boosting overall educational performance in the United States. Although No Child Left Behind led to some educational gains, particularly in math among disadvantaged students, an August 2016 bipartisan report by the National Conference of State Legislatures concluded that during the decade after the act went into effect, “the United States was outperformed not only by a majority of the advanced industrial nations, but by a growing number of less-developed nations as well.”

One important question is whether growing school pressures are worsening anxiety and depression among American children. According to a 2019 study published in the Journal of Pediatrics, about 7 percent of kids between ages 3 and 17 suffer from anxiety, while about 3 percent are depressed. This prevalence is twice as high as those found in earlier studies, which suggests that anxiety and depression are increasing among kids. Other factors, such as increasing use of technology, social media and cyberbullying, undoubtedly contribute, but school pressures may be playing a role as well. Homework can also be a source of stress for kids from low-income families, who may not have computers at home, parents who can help or quiet places to work, Carlsson-Paige said.

This shift in school expectations may also be pathologizing normal child behavior. Preschool and elementary school kids who are naturally wiggly and not quite ready to sit still at school may be chastised and labeled as having behavioral problems, even if they’re actually acting appropriately for their age, Dr. Bassok said. In a 2011 study, researchers reported that children up to age 17 in states with higher school accountability pressures were more likely to be diagnosed with attention deficit hyperactivity disorder and prescribed stimulants than were students in states with less school accountability pressures.

But the push for more academic instruction may be easing in some districts. In recent years, some schools have decided to ban homework in early elementary grades, for instance, and recess time has increased in certain schools. “In some communities, the trend toward more structure and academic focus seems to be intensifying, but there are also schools and districts that appear to be moving in the other direction,” Dr. Bassok said.

Dr. Hirsh-Pasek also noted that early education researchers are now largely in agreement about the benefits of child-led learning over rote instruction. “You can have really good academic and social skill content, and build strong relationships, while at the same time doing it in a playful context,” she said. “And I think everybody’s come around to that.” It’s just a matter of waiting for the science to trickle down into the classrooms.

Read the full article and more by visiting The New York Times.

Want a Step-by-Step Easy Path to Learn to Read?